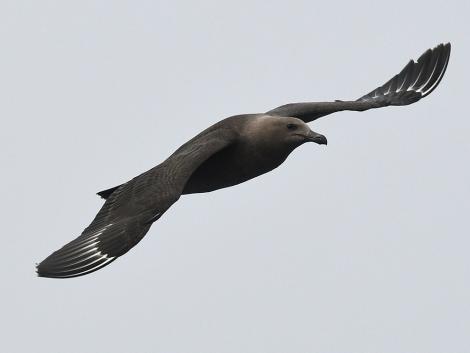 South Polar skuas breed only in Antarctica, where they have a circumpolar distribution (though possible absent from the Balleny Islands and Scott Island in the northern Ross Sea). They breed along Victoria Land coast and islands, including Ross Island, in the Ross Sea. It departs Antarctica each winter and disperses widely across the Atlantic and Pacific, including New Zealand waters. The South Polar skuas have the greatest latitudinal range of any bird, having been recorded at the South Pole and (during its annual migrations) the coasts of Japan, British Columbia and Greenland.